The stone is limestone from the Eastern Cape similar to stone that the cathedral in Grahamstown is built from.  However, this stone has the texture of boiled mud that has been fossilised.  This texture has been engineered by Piddocks. They are stone boring bivalves that literally drill holes into the stone.  This piece is, or was, infested, like a lot of borer beetles in a untreated piece of pine.

It gives this work and interesting texture but it is not easy to work as between the holes are fragile bits can easily break off and the holes are not always where you wish them to be.  All the same, I have enjoyed the challenge, the medium, and physicality of the work and I am pleased with the outcome. 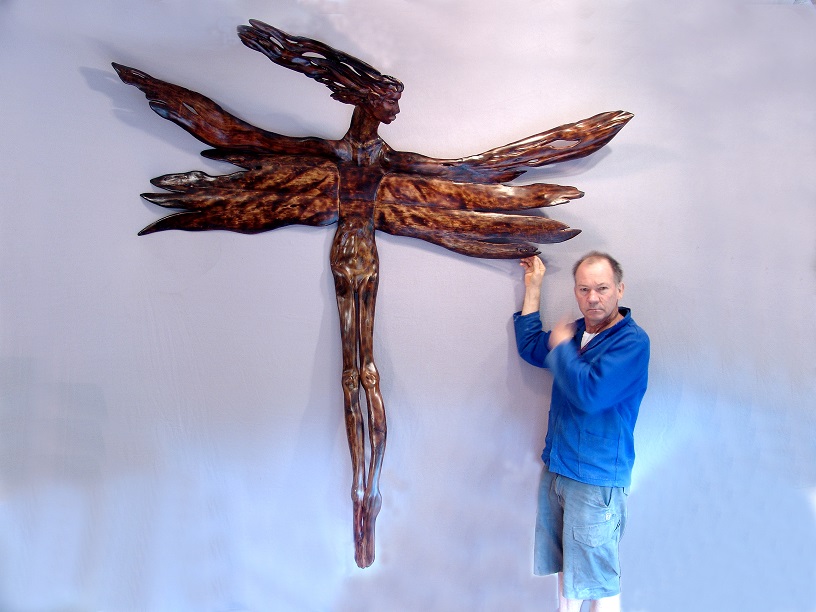